Olympus actually declared 2013 “the summer of tough” and heavily marketed its Tough line, of rugged cameras, specifically designed for outdoor use in complicated conditions. The waterproof, crash proof, freeze proof cameras below are only a brief selection of what the brand has to offer. They were selected based on pricing, features, and popularity and hopefully provide enough to choose from for various types of diving aficionados, who also have a penchant for the visual arts. It’s worth bearing in mind that, while Nikon and Canon tend to be more popular overall, on the camera market at large, Olympus has always been a worthy contender. Its selection of waterproof cameras only goes to show that sometimes there’s more to selecting a camera than just word-of-mouth and marketing prowess. 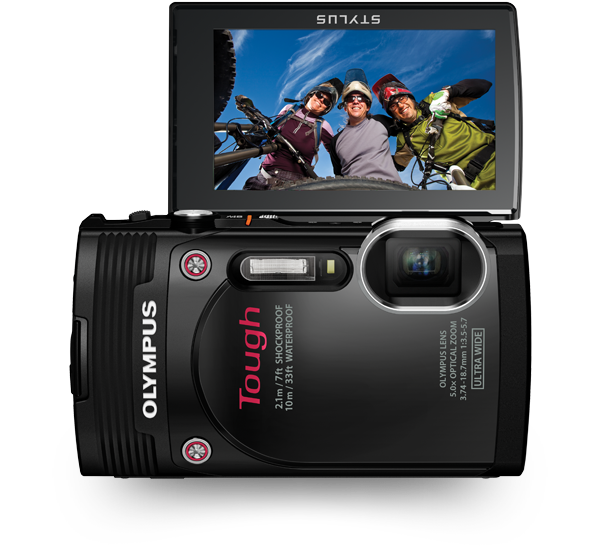 The Olympus TG-850 was launched in January 2014, which, in photography terms, is rather old news. This probably also explains while this camera is fairly hard to find and purchase. One year (as of this writing) may not strike you as too long, but the TG-850 has since been updated with the release of the TG-860. Still, if you can locate this camera up for sale, its $260 price tag makes it far more affordable – both when compared to its newer TG ‘cousin’, as well as in comparison to other waterproof cameras released over the past couple of years.

There are plenty of pros to this tiny Olympus waterproof camera. First off, it’s very sleek, thin, and lightweight, even when analyzed side by side with the TG-3 (see below). It’s only 1.1in thick, which makes it ideal for carrying underwater. It was also among the first cameras in its category to come with a flip-out screen. The screen is also sized above average, at 3in. Combine this with the fact that the camera in question can shoot in high speed (240fps). If you’re an amateur videographer and oceanographer, this is the camera you’ve been looking for. If still images are more your thing, then you’ll be happy to know that the camera comes with a great 21mm wide-angle lens, as well as with several in-camera editing features, which will allow you to create panoramic shots, as well as HDR images. The lens-based image stabilization sensor has been known to yield very clear action shots even underwater, so lock onto those fish and snap the shutter button.

Of course, since this is an older model camera, it lacks a few of the comforts of other similar devices. For one thing, there’s no built-in GPS, so it might not be the best camera for traveling. Perhaps even more worryingly, the rather narrow f/3.5 aperture might not perform as well as expected underwater. Bear in mind that water is dense and thick, which means it tends to filter out the light (and consequently the colors). For the best results at deeper depths, you will need the most wide aperture range you can locate. 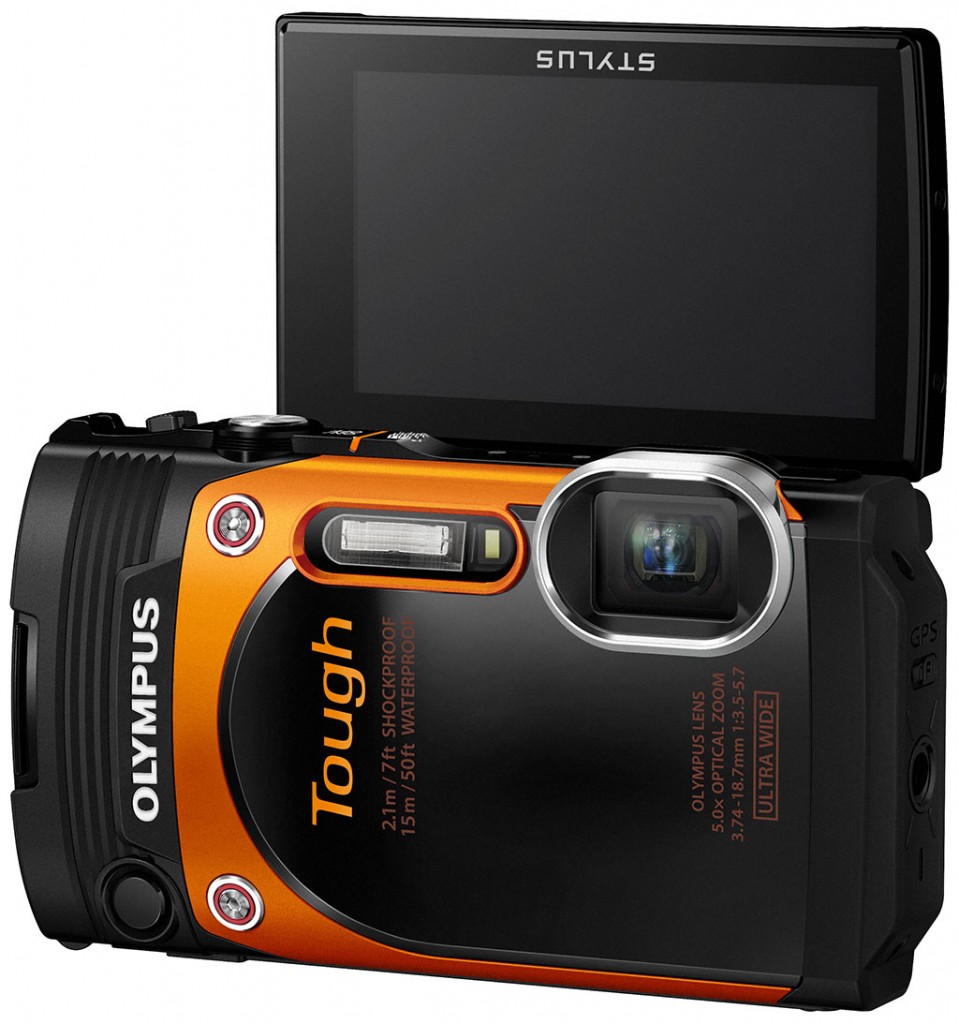 The Olympus TG-860 is the upgraded TG-850, in a nutshell. It came out in February 2015 and, what with it being a newer model, this has brought on several improvements. It’s thinner and somewhat lighter. The flip-out screen is just as wide (3in across) and the camera also has an image stabilization feature built into its lens. The lens is wide angle, too (21mm), which makes it great to capture ample landscapes and waterscapes.

However, there are plenty of reasons to think long and hard if you actually want to buy this camera. First off, while the flip-out screen is potentially great for movie making purposes, the camera doesn’t actually support high-speed shooting. This rather detracts from the value of the TG-860 for videographers. The rather narrow aperture is a featured passed over from the previous generation, as is this camera’s lack of GPS and geo-tagging abilities, but it doesn’t help boost the camera’s value. To boot, at $375, it’s actually an expensive camera for its category. All in all, it’s probably best to opt for the Canon D30, or the TG-850, unless you can help it.

The comparison between the TG-3 and the Canon D30 is almost inevitable and there are pros and cons to both cameras. Bear in mind that, as of the time this article was written, the Olympus TG-3 was already old news, in the terms of the digital camera market. Released over one year prior, this camera still manages to score highly, both when compared to other models within the same price range, as well as in comparison to similar cameras. It comes with an impressively large 3in screen and a uniquely wide aperture (f/2.0) for its class. It can shoot high speed movies, at 240fps and also allows landscape enthusiasts to combine several pictures into a dramatically impressive panoramic view. Enthusiasts of this camera boast its battery life, which at 320 pictures when the Li-ion battery is full, stands out as above average. The in-camera editing mode allows users to create HDR quality photos, by overlaying several exposures of the same shot. And if you’re keen on capturing details of your over-ground and underwater adventures, you’ll be happy to learn that the 1cm macro mode can reveal some hidden gems. The camera also comes with a fairly decent built-in GPS which will serve as useful guidance in your travels, making it a really godd Olympus waterproof camera for adventures and hikes.

Its downsides include the relatively steep price: at over $335, there are several other options on the market that are far more affordable. And while most won’t think its 247g weight could pose any issues, traveling and diving enthusiasts will understand how this is a rather bulky gadget, at least when compared to other recent waterproof cameras. Still, its high popularity rankings are testament that the TG-3 has got at least a couple more years ahead on the underwater photography market.