The Canon Pixma is a brand of home and business printers with quite a few models under its name. From kids’ reports to working overtime at business stores around the world, the Pixma tries it’s best and does quite well. And it can also print your photographs beautifully. Canon’s Pixma Pro-100 is the entry level professional model of Pixma on the market as of this writing. Let’s take a look at it. 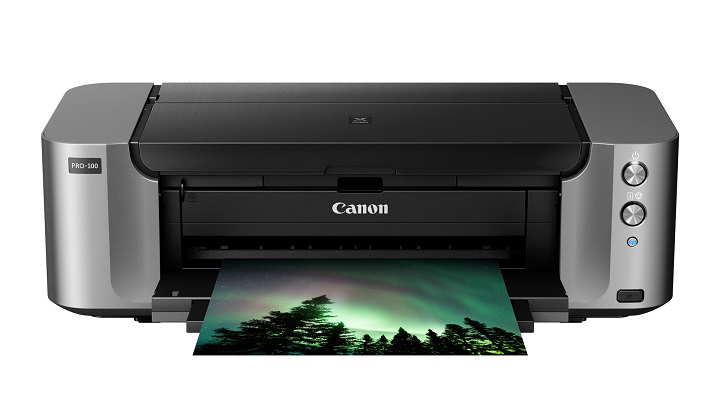 This sleek black design not only looks fabulous, but it doesn’t detract from a professional desk. It even goes out of it’s way to do so with wifi capability. It’s hard to notice a printer when it lacks wires shooting everywhere in front of someone.

Best of all, this wifi stretches for a solid 600 yards. For those with large offices or multiple floors, this little printer will pick up a long way. That means fewer printers per floor, which means less money out of pocket.

Canon also holds drivers on their site for every single model they’ve ever produced that needed drivers to operate. From dot matrix printers to the Canon Pixma Pro-100 and beyond, if you lose that drivers disk you won’t be in the dark for long. 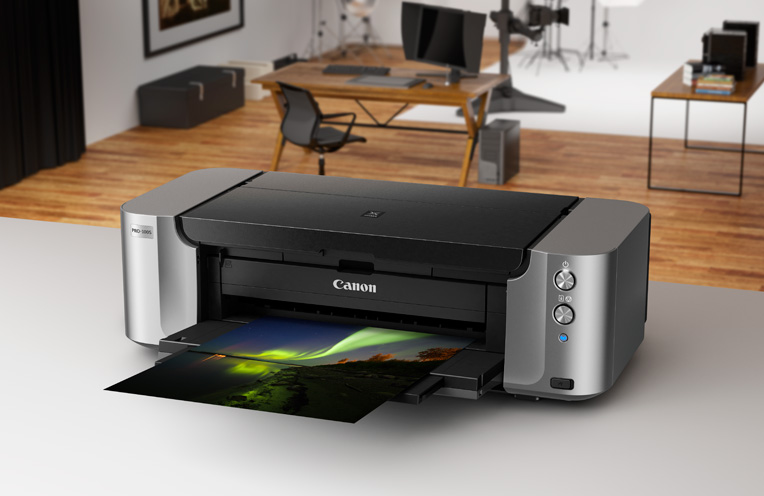 Canon has long been in a rivalry with Hewlett-Packard, also known as HP, and Epson to produce some of the best inkjet printers on the market. This has driven down costs for ink, printer production and paper to the point that people simply looking to print several documents may actually pay more at a local library than to simply grab a “disposable” $10 or $20 printer off the shelf.

This is not the case with the Pro-100 since it’s quality is far higher than those cheap printers. That said, this printer meets its match in the Epson Artisan 1430. They are almost identical twins and Epson’s ink needs are slightly lower than the Pixma Pro-100. At almost $100 less at the time of writing, Epson is probably a better deal. But there will always be those who deeply prefer a Canon branded printer. If you are one of those people, the Canon Pixma Pro-100 is a serviceable purchase and will do it’s job well.