Photography can live up to be quite an expensive hobby; especially if you’re looking for equipment that lets you customize and alter each and every aspect of taking a photo. Professional digital single-lens reflex cameras will dig out a couple of thousand dollars out of your pockets, not to count what you’re going to spend on different peripherals, such as lenses.

Of course, there are several reasons for which you wouldn’t want to pay such a sum, and it most probably revolves around photography not being a hobby that important to warrant the expense. Or you might not consider it a hobby at all, and just want a device that will let you capture those family holidays or nights out. At the same time, you could be a photography enthusiast with limited funds at your disposal.

In any case, the quality and ergonomic advantages of owning a digital camera to a smartphone should probably be clear to you; and if you think that it will make you lose the instant connectivity that such devices over you nowadays, you have nothing to worry, as even some common camera types are starting to add Wi-Fi support and social media integration. In any case, you do have a fairly interesting selection to choose from.

Virtually every big camera manufacturer has tempting offers to go for in the low-cost market, and it can be said that today you can buy with less than $150 cameras similar to some that were worth $300 plus in 2013. In the end though, finding a great bargain depends on what you desire in such camera; whether it is durability, quality or a better-than-average zoom.

Don’t let the numbers get to you: tips and tricks

In any case, we consider cheap to be anything that revolves around the $100 price tag, give or take. You’re not going to really find anything than compact point-and-shoots for this price, but they’re not all the same, and it’s up to you to weigh the pros and cons of what each model in part has to offer.

Now, just because you’re searching for a cheap digital camera, it doesn’t mean that you can just settle for the scrawniest type; the low-price/casual market is still a big part of manufacturer sales, and each will try to make their entry product more attractive. At the same time, inflated stats and numbers can only tell half of the story about the quality of the images a certain camera will capture.

Firstly, when browsing for cheap cameras you are going to see differing numbers in megapixels counts. This might sound good on paper, and the general public is inoculated with the conception that more megapixels make for a better smartphone camera, but in truth you can do without big numbers in this area.

The number of megapixels basically sets the photo’s resolution. Past a certain number, depending on its size, the difference in quality will only be visible when zooming into the photo – you can do that more with pics taken by high megapixel cameras. If you’re not really planning doing that, then you should know that 5 megapixels are enough for a 10×8 inches printed photograph to look as intended.

So, if you’re not looking for extremely big prints and don’t dabble too much in cropping, you can basically ignore the megapixel count. Virtually all digital cameras nowadays are sufficient in this regard, and the only reason numbers are growing is that manufacturers need to justify the “upgrade” that newer versions bring.

However, there are other factors that you should consider. For once, there’s the light sensitivity range, or ISO as it shown on stat sheets. A small range will mean that the camera will display inconsistent quality when taking photos in low light conditions. This is overpassed by many as few manufacturers really take the trouble to educate the public on how ISO can affect their image quality.

Also, you might want to be mindful of the material your selected camera is made of, and how it holds together overall. Lately, entry level compact digital cameras are becoming sturdier – resistant to drops from certain heights, waterproof and much more. It would be a shame then to just pick older versions that are vulnerable like porcelain to the smallest of drops. 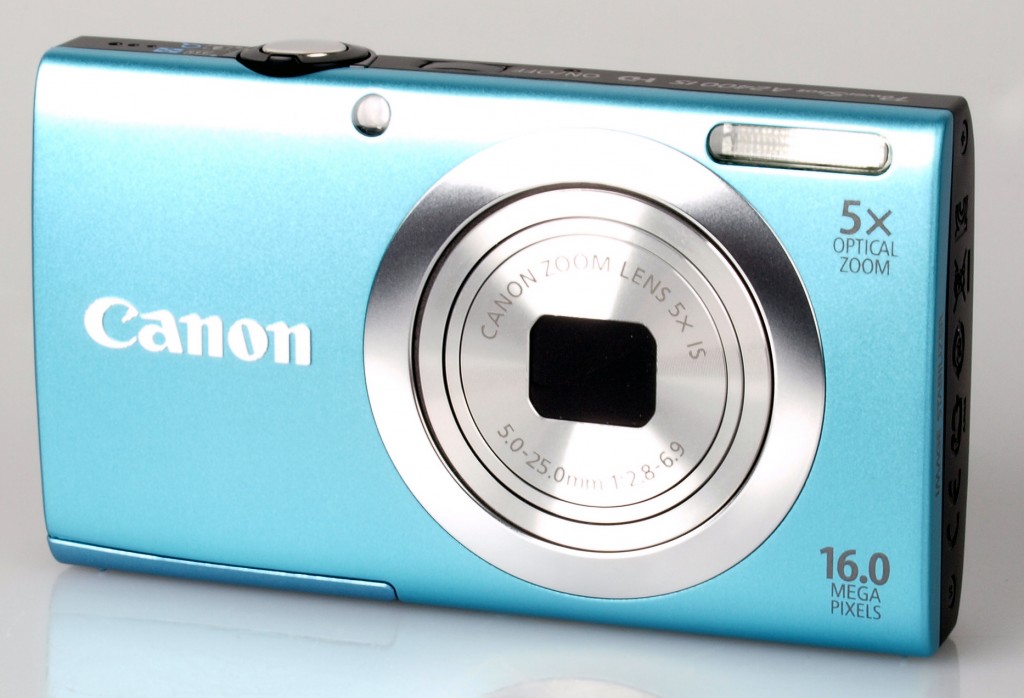 These would be some key overall aspects to look after when shopping for the best cheap digital camera. But, as stated earlier, manufacturers are trying to make even their low-cost products more appealing, and so you could even be on the lookout for extra features, restricted in the past to more expensive models.

A key example is digital image stabilization. It was a main marketing point back when digital cameras started to emerge into the mainstream, but this technology has become so widespread nowadays that it would be a surprise to find a digital camera without it. However, digital image stabilization comes in multiple types, and it’s best if you ask employees from the point of sale to give you a breakdown in this regard, and even try to stress-test it if possible, by taking shaky photos on purpose.

Face detection and Wi-Fi are also extras that find their way on some of the cheaper models nowadays. Face detection is used in cameras to automatically put the focus on people that are in a photo, so that their features are more clearly emphasized than what appears in the rest of the frame. It’s a great tool to have slightly better group photos or selfies taken, and it might be worth sacrificing those extra megapixels for a camera that has it.

Wi-Fi is self-explanatory; cameras with this function will be able to transfer pictures directly to a tablet or smartphone, eliminating the need for a pesky data cable. I don’t think I need to spell this out to you, but it’s one more step towards the total connectivity that slowly becomes the standard nowadays; it makes you capable of posting photos to social media or sending them to friends or family in no time.

These are just a couple of things you can look out for in a cheap camera, but as everything moves forward, more and more features will become available to low-budget devices. At the moment, a list of cameras around the very low $100 price tag that we set earlier include the Canon PowerShot A2400 IS (pictured just above in the featured photo), Nikon Coolpix S31, Panasonic Lumix FX 78, Samsung DV300F or the Sony Cyber-shot W710.

Of course, there are more, but for a test you could firstly search the specs of these models just to see how different they are in features one to another. The Lumix FX 78 has a touch screen display, while the DV300F has Dual View technology with two LCD screens on each side, just to name a few features that aren’t really widespread, but exist on budget cameras. Using the information in this article, you will hopefully be able to read between the lines of those sales-oriented stat sheets and find the best cheap digital camera model that is going to be perfect for your needs; don’t forget, today’s budget diversity essentially means that the type of camera you want is out there at an accessible price tag.