Disposable cameras are a curious option to pursue nowadays. Pioneered by Kodak more than a century ago, not many would’ve thought that these simple devices might find any use in the 21st century. Particularly, their use of a fixed focus lens and of traditional camera film is rather obsolete nowadays due to the prevalence of digital cameras in this day and age. Nowadays, they can offer somewhat similar image quality to their full-time counterparts under some conditions. But even that being considered, why would you invest into a limited usage camera when some point and shoots are obnoxiously cheap nowadays? 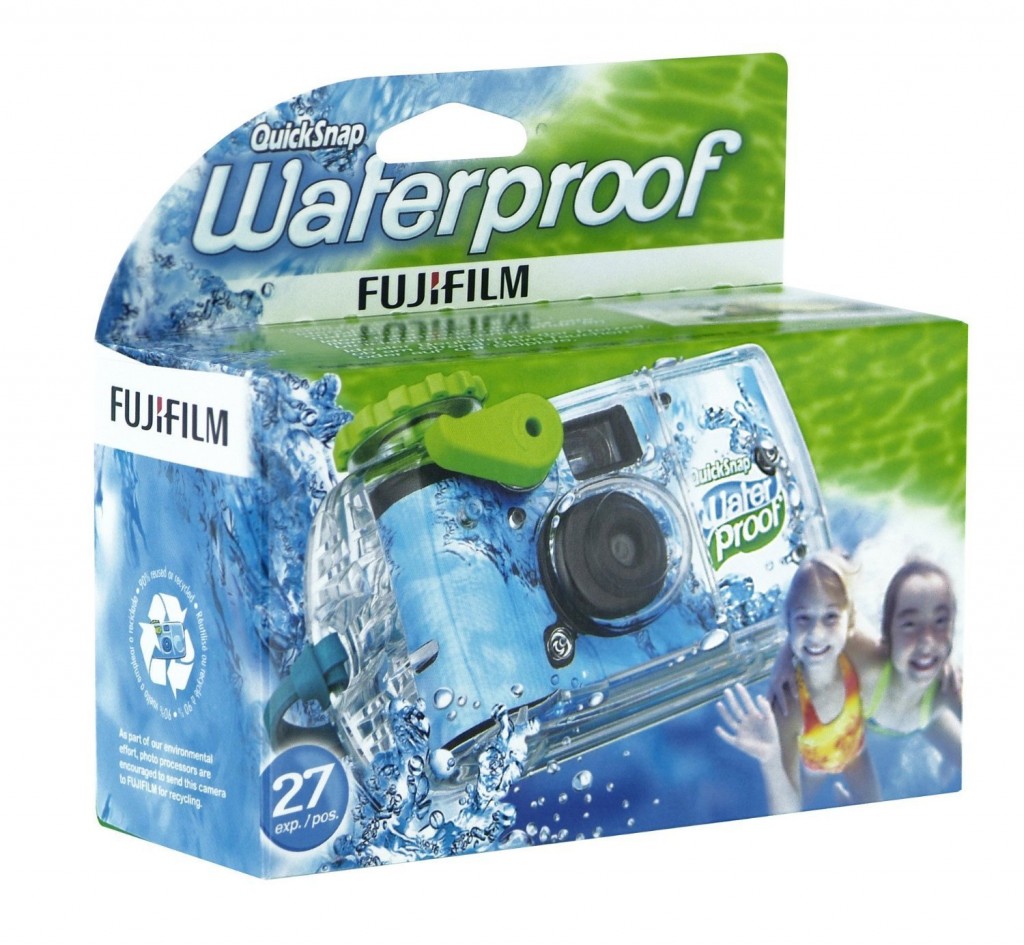 Disposable cameras are actually quite handy in a couple of situations. And most of them come as perks due to their extremely low price – most decent models can be bought for under $10. So they can be easily handed to more clumsy types such as children or the elderly if the need arises, as damaging one won’t make nearly as much of a dent in your budget as a broken digital camera would.

At the same time, these limited use cameras could be good for situations where normal cameras are in peril of being damaged of stolen. A popular activity as of late is that of underwater photography – as diving becomes more accessible to greater categories of people. In this example, the cost-risk factor proves the usefulness of disposable cameras: a dedicated underwater camera costs upwards $200, and is still easily damageable especially when used by inexperienced photographers in those conditions. Meanwhile, there are special disposable waterproof cameras that cost at least twenty times less.

These kind of cameras are also highly resistant to shock or impact, and so they are generally good for travelling. They can be used until the roll of film they are initially installed with ends; most of them nowadays can deliver 30 photos. That probably means you’ll need to buy a couple of them in case you’re the type that takes photos of everything; but they’re so cheap that it doesn’t really matter. For example, the Fujifilm Quicksnap Flash 400 can capture up to 27 pictures and also comes with an incorporated flash; it costs $20 from Fuji stores and sites, but you’ll find many retailers offering it for less than $10. The good part is that some sellers also offer discounts if you’re willing to buy them in bigger bundles, bringing their price down to just $4. When making your budget, keep in mind that you’ll also have to develop the film after taking the photos.

Kodak was the first to pioneer limited use cameras with the popular and long lasting Brownie series; they still make disposable cameras, which are the last film-based device they continue to manufacture. Sharing the market with them is Fujifilm, ever in the quest of covering those strange niches, mostly due to inability to offer the image quality of Nikon, Canon or Sony. There are also other, lesser manufacturers but the most important thing is the fact that they are very easy to find, especially in stores near beaches or tourist objectives.

Before you start, you should know that there are varying levels of underwater photography, depending on depth level. Surface photography means taking pictures at the water’s surface, either while swimming, surfing, rowing or doing any other water sport. Low depth underwater photography refers to pictures taken within 33 feet depth; that is the distance at which most waterproof cameras also have their limit, and will work as a limit for disposable ones as well. Deep water photography, or anything below that level, can only be achieved with professional cameras, protected by waterproof cases and sporting external flash units.

However, there are some big downsides to disposable waterproof cameras; and most of them relate to image quality. Now, certainly, in normal luminosity conditions, a disposable camera could take pictures that are not too far in quality to digital cameras. But, worsen the conditions a little and the difference become very noticeable; colors become too washed out, grain and noise become issues, and overall clarity is just subpar. They do work a bit a better in shallow than in deep waters, but it still doesn’t account for it.

This comes mostly because of the very cheap film that is used in such models. Unfortunately, the film comes with and is built into the camera, so there is no way to replace it. Another negative is the fact that corners in the pictures are really soft – instead of sharp, as they should be; this is attributed mostly to the lenses that aren’t designed to accurately capture underwater shots. So if it is quality that you’re searching for, you really have no alternative than buying a good waterproof digital camera.

How to get the best image quality

There are some tips you can go by when trying to get decent underwater photos with the disposable cams. You should keep in mind that water basically makes your pictures bluer at default, so you should go for disposables that have external flashes attached to them. If you can’t find any, then you’ll have to rely on two things: clear water, and sunlight. You should get the clearest photos in places where currents are extremely weak, and also where the concentration of sand/sediment is the lowest. As for the sun, you’ll want to profit from the 10 AM – 3 PM interval to obtain the most amount of sunlight.

If you’re still not put off by the quality, there might be some solution to take pictures bearable to look at, while not spending a fortune for this occasion. Waterproof reloadable film cameras are your alternative in this situation – for example, the Snap Sight SS01 costs about $20. It comes with flash and a decent lens, but even though it is reloadable, don’t expect it to resist for more than a couple of dives. You can then replace the cheap film that it initially has with a better and clearer one such as the Fuji ISO 400, and you should see a slight improvement in quality over true disposables. The only problem is that such cameras aren’t found as easily as the disposable ones.

In the end, the question of whether you should use or not a disposable camera is one of how many headaches you’re willing to incur quality-related for the cheap price and relatively worry-free experience you’ll get. Taking care of an expensive camera on a holiday might just be one worry too many for some people, and that’s where disposables have the best use.

At the same time, if you’re planning on capturing a high number of photos, you should rather orientate towards a real digital camera, as hoarding disposables at the unsatisfactory image quality they offer would just be a shame. The truth is, most waterproof cameras work at the same depths as disposable ones, but don’t present nearly half of their problems regarding image quality. That old saying that goes “you get what you pay for” is probably best represented here; you’ll have to pay way more for the right to decent image quality and a bigger number of pictures.