The Canon EOS Rebel T5, also known as the Canon EOS 1200D, was released as a replacement for the preceding Canon EOS Rebel T3. As you will learn in the following Canon T5 review, this unit performs nicely while serving its function as an entry-level DSLR. The feature set offered up is one of the no-frills variety, so for beginners who want to simply point-and-shoot, this camera is an excellent choice. Check out our Canon T5 review to learn about the camera’s features and performance. 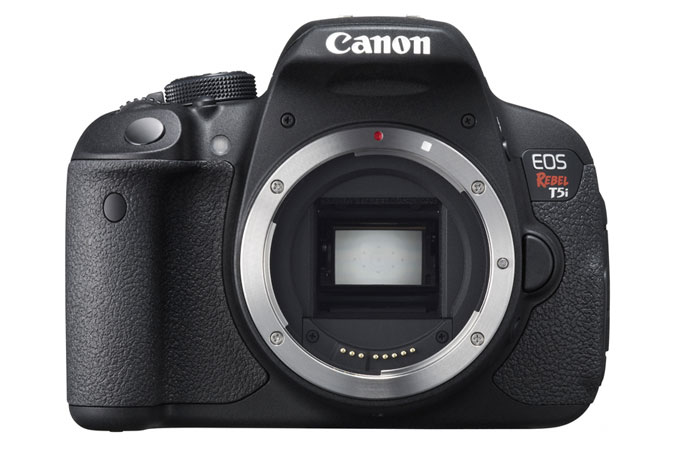 Let’s begin this Canon T5 review by taking a closer look at the camera’s overall design. Constructed with an all-aluminum body and stainless steel chassis, the T5 is a lightweight but solid DSLR that fits nicely in the hand. A generous textured handgrip, along with a thumb grip on the back, allows for a secure hold. For users upgrading from a point-and-shoot camera, the T5 will offer up an easy adjustment period. Many of the highlighted controls can be found in plain sight on the rear of the unit — but more on that in a bit.

There are multiple reasons why the Canon T5 is a great entry-level option; one reason stems from the size of the physical controls. The buttons found on the body are not only clearly labeled, but also they are large enough to press with little effort and offer up a user-friendly layout. Besides the lens release, no other controls are found on the front of the camera.

Sitting on the top plate is a mode dial, control dial, flash release, shutter release, and power switch. The rest of the physical controls sit on the back of the camera. On the right corner, next to the thumb rest sits the Live View button, exposure lock button, focus point select button, and exposure value button. Other controls include those for adjusting ISO, white balance, autofocus mode, drive mode, and the self-timer. The “Q” button, also found on the back, allows you to change the many settings displayed on the LCD monitor. 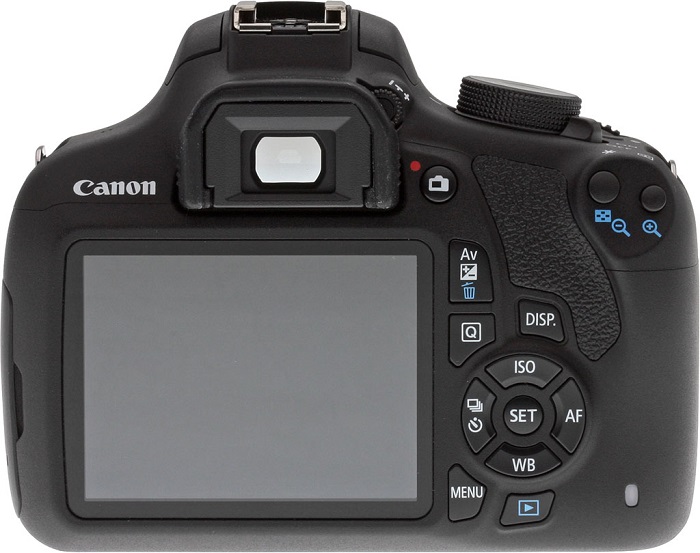 The Canon T5 features a 3.0-inch 460k-Dot LCD monitor with 100-percent screen coverage. This LCD monitor’s biggest flaw quite obviously is its low resolution, which falls well below the standard 921k-Dot monitor typically found on comparable DSLRs. The monitor is fine for capturing images and video with Live View and then reviewing — but zooming in even the slightest bit while reviewing results in a significant decline in quality. With such low resolution, images fail to show as sharply as needed in order to confirm focus.

Also, the monitor is fixed rather than articulating, which gives less flexibility in terms of composing shots from awkward angles. It’s not built to ward off the glare of sunlight either, which makes it nearly impossible to use outdoors. All that being said, at the time of its release, the T5’s LCD monitor was certainly a step up from the T3’s.

One of the highlights of going mirrorless is the presence of a viewfinder. The Canon T5’s pentamirror viewfinder features 0.8x magnification and 95-percent coverage. However, this element comes with its own set of issues. It offers a bright view, which is nice — the problem here is that it consists of focus points that are hard to see. Focusing manually while shooting in high contrast scenes is easy enough, but focusing on dark subjects in low light is quite difficult. Taking all of that into consideration, the T5 is nevertheless a solid DSLR option for the casual user.

Equipped with an 18MP APS-C CMOS sensor and a DIGIC 4 image processor, the Canon T5 offers a significant upgrade from its predecessor, the T3. The camera’s improved sensor captures better images in low-light conditions. Image quality from the T5 is typical for an entry-level DSLR and will satisfy any casual photographers. Although this unit isn’t ideal for sports or action photos, the quality is certainly there for headshots, stills, nature, scenery and more.

The full resolution continuous shooting speed tops off at 3 frames per second, which isn’t too impressive — but it nevertheless gets the job done. Accurate colors are maintained throughout. The native ISO range offered is 100-6400 with an extended range of 100-12800. Users should ideally shoot up to ISO 800 for noise-free images; any higher results in a quick decline in quality. Some noise begins to show at ISO 1600.

The Canon T5 offers up a satisfactory 9-point autofocus system. Under normal lighting conditions, the camera performs quite speedily. However, in dim lighting, the performance is slow and users experience trouble while focusing. Further, utilizing the autofocus in Live View is not exactly pleasant. The speed drops significantly, taking as long as 5 seconds to focus and shoot at times. Shooting with autofocus through the viewfinder is a better experience but it can be a bit slow as well. Simply put, photographers using this camera for everyday use will be pleased with the results — but professionals should invest in a high-end model. 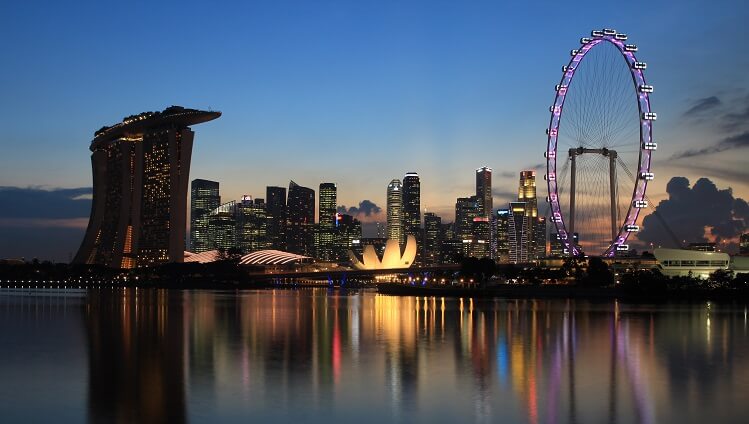 Let’s wrap up this Canon T5 review by going over the camera’s video capabilities and other details. Although not geared toward the dedicated videographer, for casual use the Full HD 1080p video quality, which tops out at 30 frames per second, is satisfactory. Manual control of the ISO, shutter speed, and aperture is available.

In terms of autofocus while recording, continuous autofocus is not supported, but the T5 easily refocuses on command while rolling. Manual autofocus is another route to go, if desired. Shooting in lowlight isn’t the easiest but the T5 does its best to keep noise to a minimum. In terms of audio, the T5’s built-in microphone picks up crisp audio — and with that, it also picks up the lens movement. Unfortunately there is no input available for an external microphone.

As far as other features, the Canon T5 is a no-frills camera. Built-in Wi-Fi is nowhere to be found on this unit. Nothing is offered in terms of GPS either. As an alternative for Wi-Fi, you can enable it through use of an Eye-Fi Mobi wireless memory card. This specially designed memory card enables a wireless connection to transfer images from the camera to a smart device.

So, as you have learned in our Canon T5 review, this unit is a solid option for newbies. Although there are better cameras available, the T5 does what it set out to do: provide excellent images. Professional-level photographers should perhaps steer clear, but beginners and even some intermediate users will find the T5’s feature set to be more than sufficient. Thanks for checking out our Canon T5 review — be sure to leave us a comment below and share your thoughts on this simple camera.